Water from a Rock

Into the River Blog

Water can be a blessing and a curse. When we need water to drink or wash our clothes, water is a blessing. When the water is a heavy rain and floods, it becomes a curse. Thus, too much of a good thing can be a bad thing.

When the Israelites were leaving the years of slavery in Egypt, they found themselves in a great desert. Not surprisingly, water was hard to find. Too little of a good thing can be a curse, but were the Israelites cursed?

No, because they were being tested to see if they would learn to trust Jehovah, Who was showing them He could be trusted to deliver and guide them through very hard times.

The water of the Red Sea was also a problem. It created a barrier for the Israelites when they were being chased by the Egyptian army. In this way, the Red Sea was a wall of water and it seemed that Jehovah had led them into a trap. They complained to Moses about this death trap. Yes, was a trap not for them but for bloodthirsty Egyptian army.

God told Moses to raise up his staff. The waters began to part and a path across the Red Sea opened up for them and they escaped to the other side. The Egyptian army followed them and the waters of the Red Sea became a blessing to the Israelites and a curse to the Egyptians.

Then they found out that the safety of the desert also presented more serious issues. Food and water were not easily found. Again, God was testing them and He teaching them that He could be like a shepherd leading His flock “through the valley of the shadow of death,” as King David wrote years later. Similarly, David was a shepherd and knew the dangers of living out in the open surrounded by wild beasts and the heat and cold in a dry desert.

God provided them the manna each morning, a cloud over them during the day, and a fire over them at night. Still they kept complaining to Moses. They wanted the familiar trappings of slavery in Egypt. They trusted in the gods of Egypt who they thought cared for them. The cold stone idols they trusted kept them in the trappings of miserable slavery, predictable and dark.

Miracle in the Rock

In the dry desert, eventually they needed water. Moses took his staff, which had been used to destroy Pharaoh’s serpents and parted the Red Sea and Moses struck the rock in the desert. Water began to spring forth from this rock. The Israelites experienced yet another sign and wonder in their journey from slavery into the promise of a new land. Sometimes we must strike our own hearts to release the water inside them.

This journey was their constant problem. It was revealed that they did not know the God of Moses or their forefathers. God needed to “show off” His glory to introduce them to Himself in dramatic ways. He provided just enough water, food, air conditioning, and protection to keep them going towards the Promised Land. But the lessons seemed very hard. Their hearts were hard as a rock. Sadly, They were unteachable and stubborn.

We can point our finger at and accuse them for having hard hearts, but we need to consider the condition of our own hearts to see if they are dry or hard, as well.

The rock that Moses struck was a sign to them of their rock hard hearts. The picture here is simple: a dead cold rock can suddenly produce life giving water if it submits to the power of God. God was trying to show them that what is impossible to men is not impossible for Himself.

Within each hard human heart is the DNA of God. Our hearts were created to know and experience God and once our hearts encounter His loving touch, living waters will flow from our hearts like a river.

The Israelites needed a prophet leader like Moses, who knew God to lead them away from Egypt and start a new culture and nation in the Promised Land. Today we have the great history of the Scriptures and the Spirit of God to teach us how to experience His living waters.

Even when the Red Sea and the sun parched desert seems ready to consume us, all it takes is a trust in the wonderful power of God within us to change things.

Follow Jesus into the river and even though there will be calm waters and rapids and waterfalls to navigate, He will be with us all the way.

Jesus told the Samaritan woman at the well “out of your innermost being (heart) shall flow rivers of living water.” Every challenge we face in life has an answer already inside our hearts. We were created to host the Spirit of God and His Spirit is the River of Life that will always lead us into His peace and plans!

Strike the Rock! Jump into the River! Let the River move us into an abundant life!

I live in Hong Kong. Into the River is a wellspring to me. In the busyness of the city, it is my refuge to get away and simply be still with the Lord. Thanks Julie!

I have found joy & peace; I have believed for wonder in singing to God. The word of God has so many texts on singing to God. Listening to soaking music for hours is such a great treat and gift. 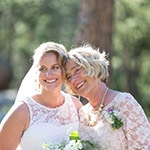 Experience the same victories David did with an unending environment of prophetic worship.

Enrich your life in God through prophetic soaking music straight from the Bible. Join hundreds of others today.

Try Today
Have a question?